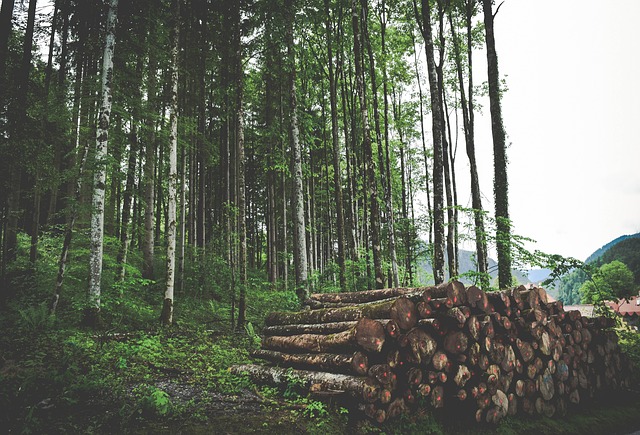 With the passing of time and in the face of modernization and development, people often overlook the importance of the environment in which we live.

A study by the Yale University in the United States of America using remote sensing satellite data, estimated that the earth has about 3.04 trillion trees.

The study was published in Nature journal in 2015. It was reported that 46 per cent of the number of trees had been harvested greedily and endlessly since the days of human civilization. The conclusion, among others, was that of high-density forests, 43 per cent were tropical forests.

Forests are often referred to and thought of as the earth's lungs. There is no denial that through scientific studies, forests boast vital earthly roles, including absorbing contamination from carbon dioxide gas and supplying oxygen to all living things through certain recycling processes such as respiration and photosynthesis.

In addition, forests also provide quality and high-grade timber, a natural sponge which serves to store rain water and absorb the impact of rainfall and natural disasters, biodiversity and ecology.

Forest harvesting or logging activities contribute to state and national coffers. In 2015, forest products contributed 2.5% to the national economy, or about RM20 billion. The reality today is that the country’s forest areas are fast dwindling from year to year, and becoming smaller due to pressing demand for development requirements to fulfil the needs of the people.

Generally, logging activities are often seen as the primary cause of environmental degradation and disasters in Malaysia. This statement, however, is inaccurate as Malaysia practices sustainable permanent forest management, said to be among the best in the world.

The Selective Management System, in short SMS which was introduced in 1978, is the cornerstone for forest preservation which also upholds the importance of the economy, social and environment.

Besides the SMS system, an improved logging technique has been introduced, that is the Reduced Impact Logging or RIL. RIL techniques were first used in forests in Sarawak in 1975. In Peninsular Malaysia, the RIL Code of Practices was documented in 2003.

The RIL techniques were implemented in parallel with existing technologies such as the “logfisher” where it also took into consideration the environmental impact assessment reports (EIA), Malaysian Criteria and Indicators (MC&I) and standard and forest management practices to minimize all negative effects to enable certification of national product timber to be carried out.

The EIA reports, meanwhile, were introduced to logging activities in 1987, with reference made to the Environmental Quality Act 1974.

The Guidelines on Forest Roads 2010 was introduced and came into force on January 1, 2011, to replace the Specification of Forest Roads 1999 (Roads and Skid Trails) for Peninsular Malaysia.

The RIL techniques have resulted in lower damaging effects (20 per cent) to residual trees or stocks, land and water quality.

RIL logging methods have also been proven to reduce damage to residual stand by 50% compared to conventional logging. More importantly, it can maintain production capacity of the forest and protect the environment.

Research in forest operations and engineering are, indeed, needed to support the implementation of SMS, particularly RIL techniques. The benefits derived from on-going research in this area will improve the system of logging operations. This is because RIL focuses on the construction of forest roads, directional felling system, log extraction practices and the use of proper machinery for sustainable logging.

Malaysia remains committed to manage its forests effectively through eco-friendly management. It is expected that the total area of timber-felling areas in permanent forest reserves will be reduced from 18.31 million hectares to 16.73 million hectares by 2020.

This is based on the annual average area of ​​forest that has been logged since 1985 to 2014. The harvesting techniques will focus more on elements of preservation and conservation of forest biodiversity and environmental protection.

By 2020, forest management will be more focused on integration of multi-purpose forests to ensure water supply and to cushion the effects of natural disasters such as flash floods that have been occurring quite frequently of late.

In addition, the national forest management will be more sensitive towards the release of atmospheric phenomenon from forest areas to mitigate the effects of climate change.